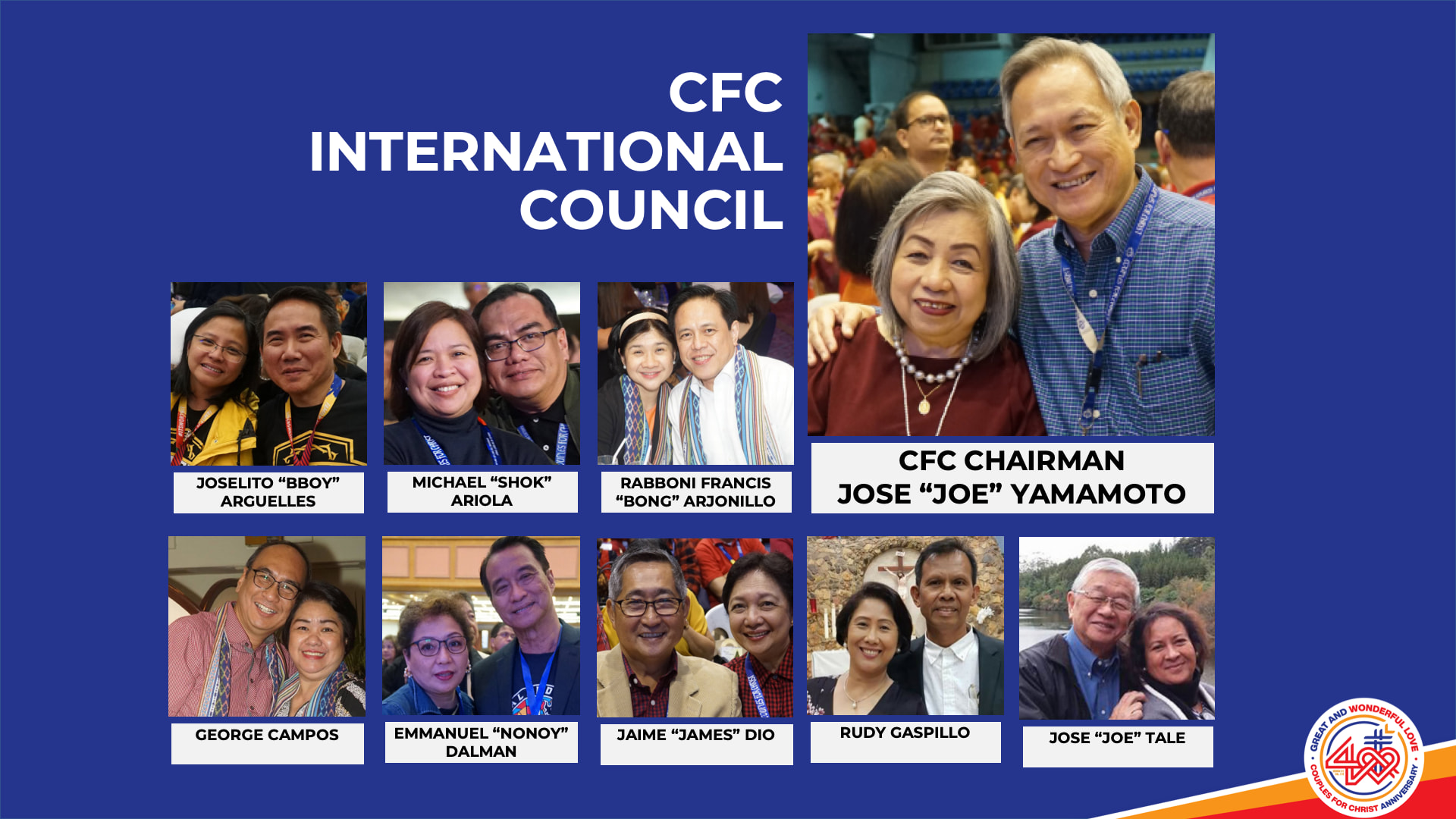 The Global Governance is led by the CFC International Council (composed of 9 brothers) headed by the Chairman. It is the policy making body and sets the pastoral direction of the global community. The members of the IC are elected by the Elder’s Assembly composed of CFC leaders as defined in the Vatican statutes and the CFC Articles and By-laws.

The members of the International Council (IC) are the anointed spiritual leaders of the community and its global flock. They do not lead for power, pay or reward but for their desire to serve and shepherd the flock. They are called to be models of holiness, obedience, shepherding and stewardship, like Christ, the perfect servant- leader. They are called not only to lead but to inspire, encourage, communicate, receive feedback, affirm, correct, and pray fervently with and for the CFC community.

The CFC global operation is headed by the Executive Director who is responsible for the overall operations of the organization. Together with the Directors of each Ministry and Heads of Offices, he ensures the implementation of the fullness of the life and mission of the global community. Each office is supported by a secretariat and full time workers and missionaries as well as professional and mission volunteers.