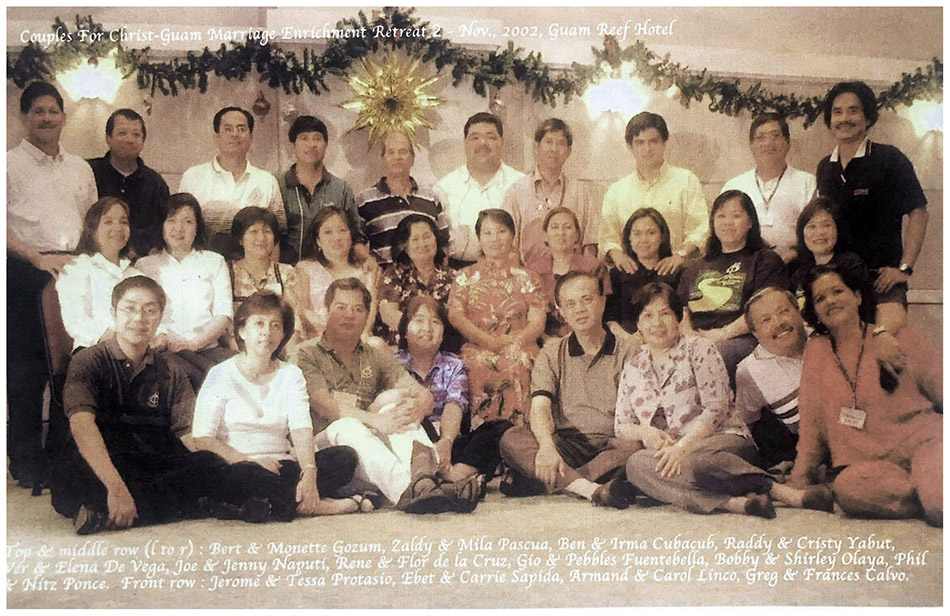 THE BIRTH OF COUPLES FOR CHRIST (GUAM)

In January of 1995,  Guam delegates, headed by Sr. Trinie Pangelinan who attended the 1995 World Youth Day in Manila, Philippines was so impressed with the youth group who coordinated the event that they inquired what organization they belonged to. Being told they were Youth for Christ (YFC) and Singles for Christ (SFC), the Guam team visited the office of Couples for Christ (CFC) due to their interest in bringing the YFC program to Guam. However, CFC leaders suggested that they needed to introduce CFC first while YFC and the other family ministries would follow.

The following is the series of events that transpired as narrated by Sr. Trinie Pangelinan;

“Actually in January of 1995, it just so happened that we, the Archdiocese to our Chancery Office, we are going on a World Youth Day Tour to the Philippines where we expected to see Pope John Paul II. We are all excited and our entourage included the Archbishop, several priests and about 60 or 70 young people. And so I told my friend Judie Toca that we were coming and she asked if we can arrange to have a meeting with the leaders. And so we agreed, my staff and I, came along to the CFC headquarters, and we met Bro Frank Padilla who is the Director of the International Program, Bro Lachie Agana. And we talked about what CFC is, how it might be helpful to have the program on Guam, while the Archbishop is very enthusiastic, and he is very supportive, and he told that if it was something to help our families in Guam then it will be something that he will support and will give his blessing.

And so, we formed our fraternal group, and at that time there may be 6 or 7 individuals, people who were going through the CLP, and others who had already been members. So with this frat group, we started to move on the rest up the program after the CLP, and try to move the program along. And our group was actually conducive, and of course following our graduation, and so forth we were invited to join the household group, and I myself joined the Handmaids of the Lord group, which was a very good experience for me. And so, we continued with the FRAT group, and through out the first year or so, we really had a very smooth process in moving along, and planning a second CLP and so forth.”

The first Christian Life Program (CLP) here in the island of Guam was conducted on April 21 – 30, 1995, and had produced plentiful harvest, with 22-Couples For Christ (CFC) and 6-Handmaids Of The Lord (HOLD)

A. Couples For Christ

B. Handmaids Of The Lord 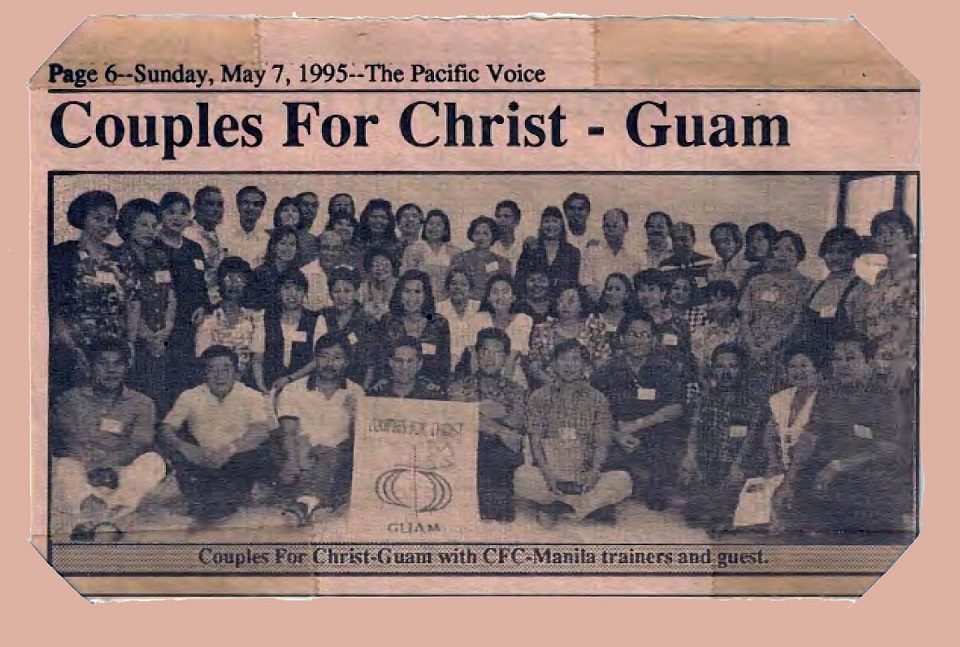 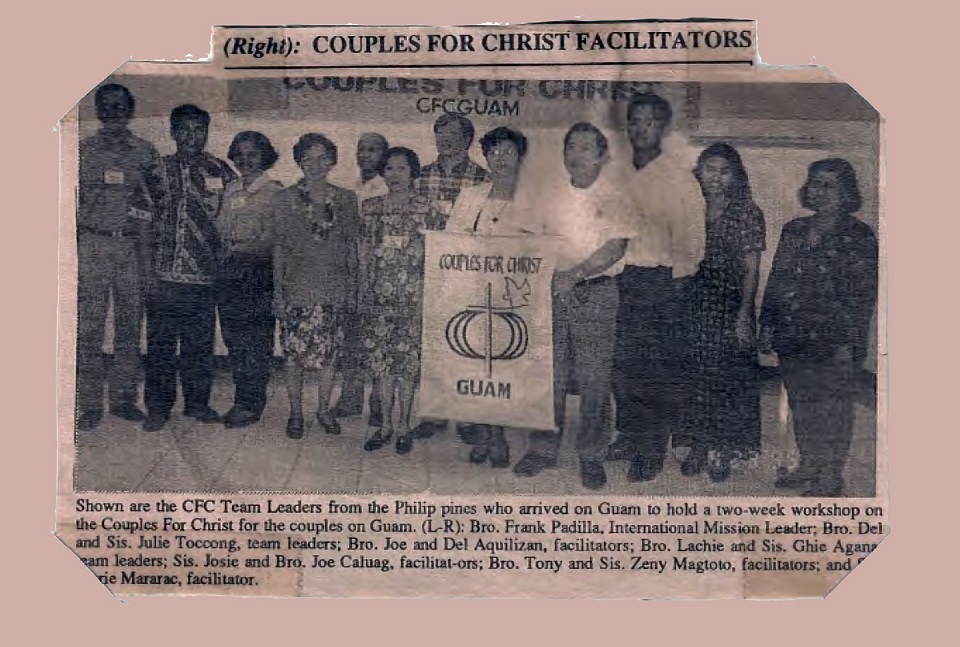 Since then CFC-Guam has gained membership and wide recognition within the community as it continues to fulfill its primary vocation of raising families grounded in Christian values, in the service and love of God.